Should I buy The Blackberry Z10?


This is a guest post compiled by Ifeanyi Abraham for OgbongeBlog

From Blackberry to Samsung to Apple devices, the list of mobile devices to choose from stretches as far as the Atlantic Ocean often leaving one with the question- “Which one should I buy?”.

Yes! So the new Blackberry 10 OS is finally out on several devices sold on different online shops in Nigeria and with tags like “saving OS” “best blackberry OS ever” “best OS on earth” “best OS for a smartphone” being given to it, it definitely has a lot to meet up to in terms of hype from tech lovers and the media.

Blackberry recently released that the first set of devices with the OS; Blackberry Z10, Blackberry q10 and Blackberry q5 with each device unique in its own way with a small differentiation being in taste and price of the devices. 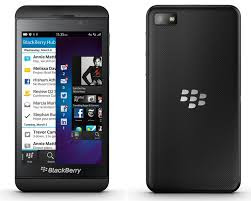 The blackberry Z10 is a touch-based smartphone developed by Blackberry and released on January 30, 2013.

Let’s take a quick look at the Blackberry Z10 under a few headers;

The Blackberry Z10 is definitely not your typical Blackberry device, with features that differentiate it from any other Blackberry device ever built. It has a tall and narrow look, with straight edges that meet at rounded corners, and a roughly 4-inch screen, first look and you would mistake it for an Apple iPhone 5. The phone stands 5.1 inches tall, 2.6 inches wide, 0.35 inch thick and Its 4.8-ounce weight feels right with the phone's proportions giving it a very comfortable grip.

It comes with the supercool Blackberry 10 OS which is gesture driven with gestures such as swipe, tap, pinch, and reverse pinch, all of which have specific definitions within the context of the BB10 operating system and its multi-touch interface.

The Z10 is the first BlackBerry with a forward-facing camera, which goes hand-in-hand with the new BBM video chat function.  This front facing camera is 2 megapixel which shoots videos at 720p". While the rear end standard camera is an 8 megapixel camera with autofocus and LED flash capable of shooting 1080p video, A unique feature in the Z10's camera app is TimeShift. "BlackBerry has been showing it off for a while, and it lets users dial back the time on certain pictures so that people aren't making less-than-ideal faces in it (like blinking mid-shot). It comes with a built in memory of 16Gb microSD, microSDHC, microSDXC  expandable up to 64 GB. And 2048mb of ram.

It is supported on Airtel, Etisalat, Glo Mobile and MTN in Nigeria.

Battery and other general features