Apple unveiled the two latest iPhones: the iPhone 5S and 5C and the next generation of its mobile software, iOS 7 at its headquarters in Cupertino, California last week. The iPhone 5S — announced alongside a more economical iPhone model, the iPhone 5C — keeps the same overall physical design as the previous-generation iPhone 5, but with some upgrades.

Both new phones have 4G, bundled with iOS7 and comes with popular Apple apps ( iWork, Keynote, Pages, Numbers, iPhoto and iMovie) for free. These apps are normally priced between $4.99 and $9.99 each.

The iPhone 5S available in three elegant expressions: gold, silver, and space gray; has a new A7 processor re-engineered for 64-bit architecture - that’s desktop-class architecture in a superslim phone, translating to a phone capable of running much more complex software.

iPhone 5s features advanced technologies custom designed for the iSight camera’s hardware and software. According to an article on Mashable, it boasts an improved 8MP camera with a f/2.2 aperture for taking better photos in low light as well as a dual-LED flash (white and amber) for creating the perfect natural color balance in shots. A panorama mode can take a 28-megapixel shot, and a new burst mode snaps 10 still pictures in one second. The 5S can do slow motion video.

The iPhone now knows who you are. The 5S will be able to recognise you by your fingerprints, using Touch ID technology — a new fingerprint identity sensor.  Put your finger on the Home button, and just like that your iPhone unlocks. or approve purchases from iTunes Store, the App Store, and the iBooks Store, so you don’t have to enter your password.

The iPhone 5C is cheaper than the iPhone 5S. The C in iPhone 5C stands for colour, not cheap. It has many of the same capabilities as the iPhone 5, but the rear of the 5C is replaced by a single piece of colored polycarbonate. It will come in pink, green, blue, yellow and white. 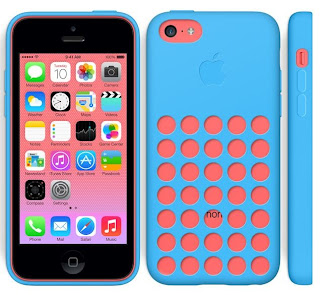 Apple has designed more vibrantly colored cases for iPhone 5C with rows of small holes cut out on the back to allow the phone's color to shine through. 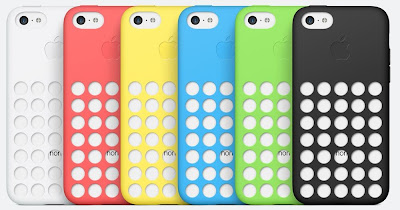 Differences between iPhone 5S and 5C

==> iPhone 5S has a bigger battery according to GSMArena.

==> iPhone 5C is made of hard-coated polycarbonate instead of aluminium


How Much is iPhone 5S and 5C in Nigeria?

The iPhone 5C on the other hand will be priced at $100 less than the current iPhone 5. This means you should be expecting close to N20,000 difference from the price of the iPhone 5S. The colorful iPhone 5C cases will be available for $25 each.

Both phones will be available in stores on Sept. 20 in the US, China, the UK, Australia, Canada, France, Germany, Japan and Singapore. By December the availability is expected to be expanded to more than 100 countries.

Do you plan to purchase an iPhone 5C or 5S? Let me know your thoughts in the comments.