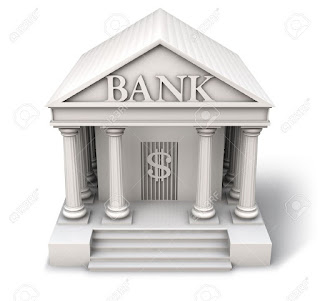 In the huge rush to beat the Bank Verification Number enrollment deadline which is June 30th, 2015 however, customers of an old generation bank engaged in a brawl with members of staff of the bank in the banking hall in Enugu State.
Customers were gripped by fear over the reports that their bank accounts will be frozen if they don't enroll before the deadline.

The insistence on the BVN by bank cashiers before attending to customers also increased such fear.
The development led to an unusually large turnout of customers at banking halls in the Coal City and this has been happening since the beginning of the week.
ADVERTISEMENT
However, the matter took a different turn at an old generation bank, located in the Independence Layout area of Enugu on Thursday.
Trouble started when security personnel and operations staff of the financial institution asked some customers to go outside the banking hall to wait their turn.
About 100 customers, who had been at the bank since 6am, had trooped into the banking hall when the doors were opened by 8am.
In a bid to maintain order, the bank officials asked the first 10 among the customers to fill the BVN forms and join about 30 others who did not complete the registration the previous day.
The other customers were told to leave the banking hall, and wait outside.
But the directive did not go down well with the customers, who protested, causing commotion in the banking hall.
The situation degenerated into a full blown fight when some customers violently resisted an attempt by the bank officials to lead them out of the banking hall.
In the ensuing fracas, a young man engaged an armed riot policeman, who was attached to the bank, in a fight, while another customer exchanged blows with a bank worker.
The situation further escalated as some customers, who wanted to capitalise on the confusion to move to the front of the queue, were physically resisted by those who were already there.
Normalcy eventually returned after other bank security personnel, who were outside, stormed the banking hall to overpower the violent customers.
The branch manager of the bank later announced that the bank would open on Saturday to continue the enrollment.
The branch manager, who did not disclose her name, complained that the customers had waited until the last minute before coming to enroll for the BVN.
Punch