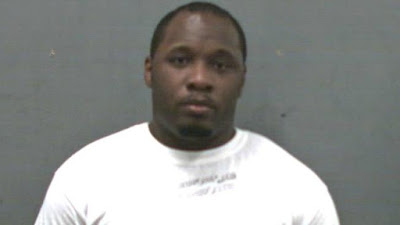 A Connecticut man convicted of breaking his 4-month-old daughter's arms, legs and ribs was sentenced to eight years in prison on Wednesday June 24th, and ordered to take anger management classes and undergo a complete mental evaluation.

"You are either evil and a monster or very, very ill,” the trial judge Maria Kahn told the man, Morice Wilkerson, 26, during a hearing in Superior Court in Bridgeport. Wilkerson broke down in tears as he was removed from the courtroom, and relatives also wailed and sobbed.

Wilkerson was convicted last month of third degree assault & risk of injury to a minor, after bringing the infant to a hospital in 2012 with all four limbs and two ribs broken.

He and his wife, Stephanie Kearney, had attempted to explain their daughter's multiple injuries by saying they were the results of various accidents, like rolling over while asleep, and genetic fragility.
Kearney, 25, was found not guilty of any crimes.

Before he was sentenced, Wilkerson pleaded with the judge for leniency, saying "I love my family and I would never do anything to hurt them."

Senior Assistant State’s Attorney Margaret Kelley urged a significant sentence, arguing the girl's injuries could cause a crooked leg and stunted growth.
"This is one of the most troubling cases the state has ever prosecuted because of the severity of the injuries to such a young child," Kelley told the judge.
The judge sentenced Wilkerson to 10 years, with two years suspended.
The girl is now in the custody of the Department of Children and Families and will be adopted.