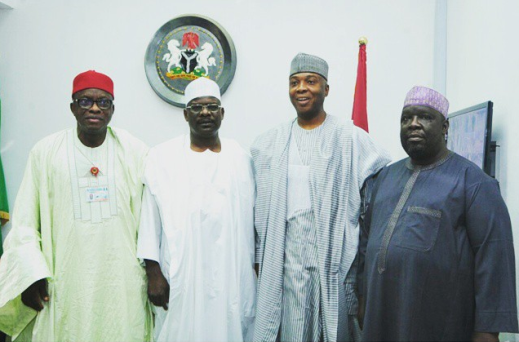 Senate President Bukola Saraki has written to the leadership of his party, APC , on why he could not follow their directive on the appointments of principal officers in the Senate. According to Senator Saraki, the letter from the party stating its choices of party members to fill the principal positions, came after another APC caucus in the house had met and selected their choice for principal officers.

He stated that as much as he would have loved to respect the position of the party, his hands were tied as parliamentary rules and standard have to be followed. A copy of the letter after the cut.. (Saraki is pictured above with, Senator Francis Alimikhena Deputy Chief Whip, Senator Ali Ndume Majority Leader, and Senator Bala Ibn Na’alla Deputy Senate Leader.) 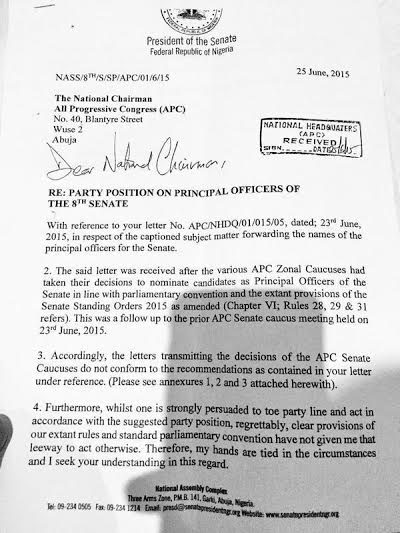 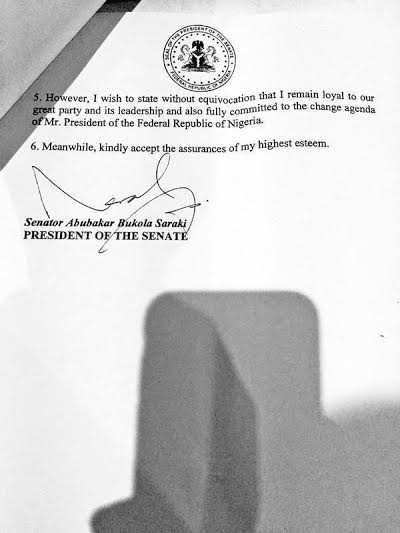