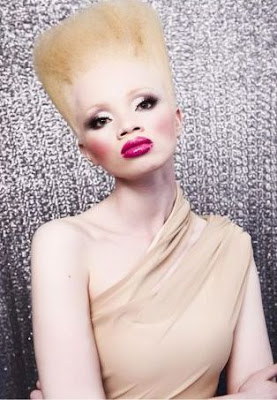 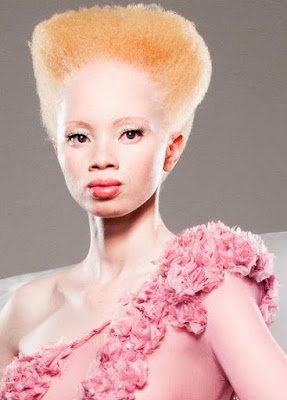 South African lawyer and model Thando Hopa grew up in the shade, her porcelain skin protected by long sleeves and sunscreen until the day the South African decided to fight prejudice against albinos by becoming a model.

She was born with an inherited depigmentation of her skin from head to toe that can lead to discrimination and even death. Hopa uses a magnifying glass to read, is not allowed to drive, and shuns stilettos. So her first jaunt down a catwalk was something of a miracle. 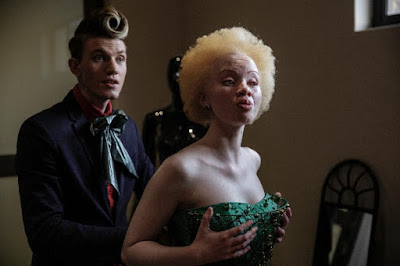 Ghostly, with no make-up bar vivid fuchsia on her lips and hair sculpted to a magnificent bleached height, she exploded onto the cover of the first Forbes Life Africa back in 2013.

"It's one of the most beautiful pictures I've had taken," says Hopa, though it took years for her to grow comfortable with a bare face, her pale eyebrows almost invisible.

"I was much younger then. I could never go out without make-up... But as time goes on, your confidence just grows," she says. "It took years for me to get to a point where I could walk around without make-up." 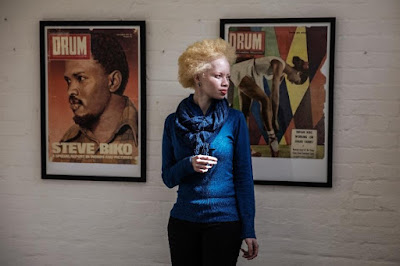 "I had been approached to do modelling before, but I didn't go for it because I never saw the benefits. I thought, 'It's such a shallow profession -- why would I want to do that? I am a lawyer.'"
But after crossing paths with designer Gert-Johan Coetzee in downtown Johannesburg in 2012, she began thinking differently.
"Gert came to me and asked me if I would like to do a shoot and I said I would consider it," recalls Hopa. "And then I spoke to my sister. And my sister said to me, 'Don't look at modelling as modelling. Look at it as an opportunity for you to actually change perception of albinism. Remember how you grew up. Remember how people really treated you.'" 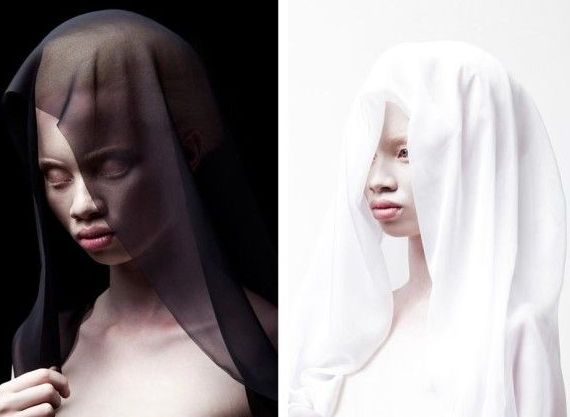 The third born in a family of four children, her youngest sibling was also born with albinism. Hopa grew up with seemingly little to complain about, doted on by a filmmaker mother and an engineer father who never missed a chance to tell her she was "the most beautiful little girl".
But even in South Africa, where reports of albinos being murdered and their organs trafficked are extremely rare, she encountered prejudice and misunderstanding.
Strangers hugged her as a symbol of good luck, others spat to fight her bad luck. Teachers misread her poor eyesight -– a side effect of albinism –- as her being mentally challenged. 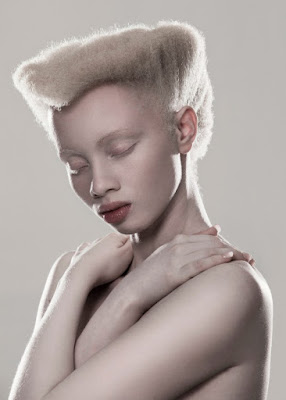 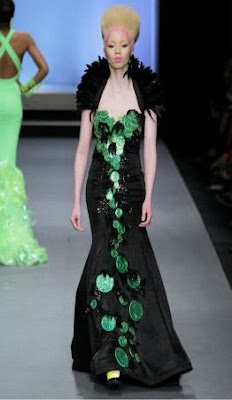 "The dress was gorgeous –- black and green. I can tell you, I have never felt so expensive in my life, she said in regards to her first modelling job on the runway.

But I was actually so scared because in essence that was the first time I really walked in heels. I was even saying a little prayer when I was walking, 'God, please don't let me fall on this catwalk!' I was absolutely frightened." 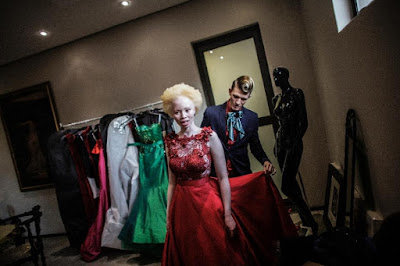 For all it's brought her now, there was a time when Hopa was distressed by the realisation that she was different, when as a self-conscious girl of 12, increasingly aware of boys and her changing body, she ran to her father in tears.
"I came crying, and I said, 'Why am I not like other children? Everybody makes fun of me and I have to wear these stupid hats, and I always have to put on sun cream.' And I was crying and crying.
"And you know, my father is a wonderful man, but he doesn't really know how to deal very well with emotions. So he looked at me, and said, 'My child, let me be honest with you: when you were born, I was also shocked!'"
It's a memory she can laugh at now she's 25 and confident.