VP Osinbajo did not Lock down Calabar - Media aide 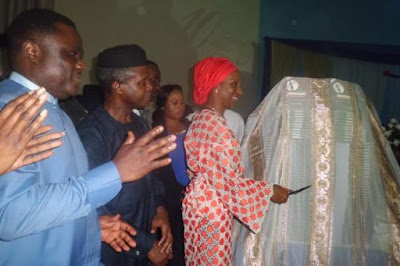 ...press statement from the VP's office in response to this. Read below

Vice President Yemi Osinbajo was in Calabar and Lagos today -Thursday June 25 paying tribute to two eminent Nigerians whose lives reflect the very virtues of integrity, trustworthiness and social justice, which can lift our dear nation. The one is Late Justice P.O.E Bassey and Dr. Christopher Kolade.

He arrived Calabar at about 10:30am attending the Justice P.O.E Bassey Memorial Lecture, at the University of Calabar, and left the town about 3:30pm, heading for Lagos where he spoke at the Convention for Integrity 3rd Annual Lecture.

Prof Osinbajo was well received in Calabar witnessed by the warmth shown him and his delegation by the people and government of Cross River State.

Claims that the town was in a lock down because of his visit is just another mischievous and baseless report from some of the same social media quarters that misled the nation in the past about his purported exclusion from security meetings. The Vice President did not even spend ten hours in Calabar and could not have locked down the town, as his convoy moved freely among the people in regular traffic as he normally does.

I personally observed several people go about their normal activities and businesses without any hinderance.

He has since returned to Abuja after his trip to both cities.