Recently we reported that Instagram might be prepping a live video feature. However, this report was based only on a leaked video from Russia and it was not confirmed officially in any way until yesterday.

The Financial Times spoke to Instagram's CEO, Kevin Systrom, who officially stated that live streaming is indeed coming to the image sharing app. “Live is really exciting for us,” said Systrom. “If I'm trying to strengthen relationships with someone I love, them streaming video to me live would be an amazing way to be closer to them.”

No specific date was given for the release of the feature, but it is safe to assume it will be pretty soon, considering the Russian leak. What we know so far is that live video will be a part of the Stories feature that Instagram introduced earlier this year to fight Snapchat's almost identical option (we're not implying Instagram stole the idea, the entire Internet has done it for us already). The reason for this new addition not to be a standalone feature, is the Stories' massive success. As Systrom himself puts it, “if you're the CEO of a company and all of a sudden 100 million people are using a new format every single day, it's not something you ignore. You push investment into it.”

We have yet to see if said investment will pay off. But considering the amount of Facebook notifications we get about a live stream from someone in our friends list, it might prove to be a good call on Instagram's side. 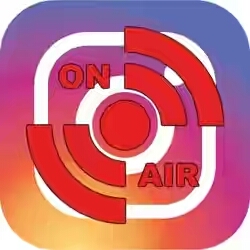