ZTE has had a pretty busy year in 2016. Between the Axon 7, 7 Mini, and 7 Max, the company kicked out a nice trio of some very comparable and powerful handsets (not to mention the ridiculously cheap ZMax Pro). ZTE is making the airwaves once again, but this time it's not because the company is releasing a new handset. Instead, ZTE has a contest going on in which you could win an all expenses paid trip to CES 2017.

For those who aren't familiar, CES is the Consumer Electronics Show that takes place in Las Vegas, NV every single year. It's one of the biggest tech trade shows in the world, and it offers a glimpse into what the future of technology will hold for us throughout the upcoming year and beyond. The grand prize for this contest will see that 7 total people get airfare to Las Vegas, hotel accommodations, a pass for CES, and access to the ZTE Pre-CES Fan Event. Along with this grand prize, 12 other people will be able to win hotel accommodations while CES is going on, but it's worth noting that these secondary prizes do not include passes to the event.

So, if you're interested, what do you have to do to enter? First off, you need to make sure that you're at least 18 years or older and live in the United States. If you check both of those boxes, you'll then need to send ZTE either a video or written story in which you express your love and passion for either Android, ZTE, or the company's Z-Community. There's a strong emphasis on being as creative as possible here, and the Mod Squad for the Z-Community will be asked to be judges for the event.

You can enter the contest now, and you'll need to make sure that you get your entries in no later than 11:59 PM EST on Thursday, November 17, 2016. 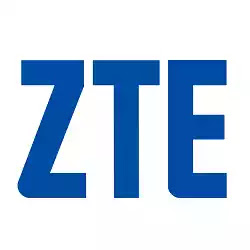