5 Reasons Why Nigerians Should Ditch Their Blackberry Phones This December

Nigerians are known for their great love for smartphones especially blackberries. However, new reasons why they have to ditch the famous mobile brand have emerged.

Nigerians generally have a love for blackberry phone and accessories, but it’s time to face facts.

The BlackBerry is on its last legs and now is the best time to ditch it and move on. Aside from the fact that BlackBerry smartphone sales have been disappointing, and the company has announced that it’s essentially up for sale, there are certain reasons users should discard their devices now. Jumia Travel, Africa’s No.1 online hotel booking portal shares 5 reasons Nigerians should ditch their blackberry phones this December.

Facebook made an announcement earlier this year which said that by March 31sth 2016 they’ll no longer support Facebook native app on all blackberry OS including Blackberry 10, and the app will be discontinued and replaced with a web app.

WhatsApp for BlackBerry will stop working on the 31st of Dec., 2016

Come 31st of December 2016, WhatsApp for BlackBerry will stop functioning. The Blackberry Messenger died a long time ago and WhatsApp has since reigned supreme as it can deliver instant message across types of OS. Without the WhatsApp, there really is not much you can do with your Blackberry phone in Nigeria really. Who needs a BlackBerry phone when it has only a fraction of your total friends?

While the Blackberry phone was once renowned for being the most reliable as regards email and text-message service, the reputation has since been plagued by intermittent blackouts. One minute you are on your phone and the next meeting you can’t access anything…and even worse, sometimes you hardly can get tangible correspondence from RIM on what was going on. With a plethora of other options in the market, why stick to the Blackberry really?

Most phones, especially the iPhone, has a voice-command software responds quickly and accurately to spoken direction, allowing users to send messages, schedule appointments, and make calls just by asking it to. Blackberry on the other hand, does not have any assistant that sharp or basically, worthwhile. Having voice-command software in this day and time is becoming more of a necessity, so it really just makes more sense to let go off your blackberry now.

Inconsistency in settings and applications

If you have used blackberry for a long time, you most certainly would have noticed the lack of consistency in its settings and options. While some of the programs and applications could be downloaded OTA, some other applications need to be imported from the computer. This makes it all kind of laborious as it seems like a chore, finding updates and programs. It certainly is easier to go with other phones that feature settings which are clear and easily accessible and also, has a user interface that is intuitive. 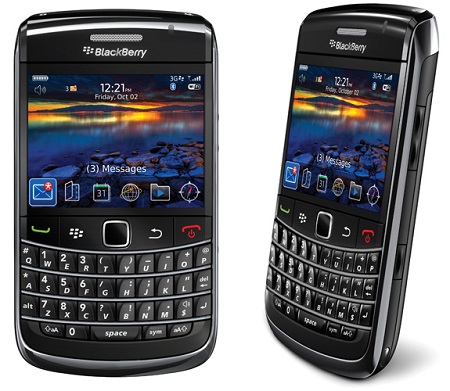