Alleged Nokia P flagship leaks, may still be in the cards with Snapdragon 835 and 6 GB RAM 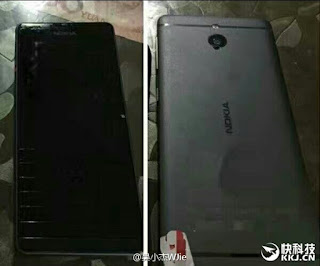 HMD, the company that scooped the rights to sell phones with the Nokia logo, already announced that it will be issuing Android handsets with the brand in Q1, likely prepping them for announcement at the MWC expo in February. From most leaks so far, these are expected to be midrange endeavors, but before that we've been hearing rumors that a Nokia flagship might be on the way, too.
The tale of the tape today, however, is a Nokia leak coming from the Wild East of the Weibo blogosphere, depicting what looks like a prototype of a Nokia phone, and spilling out some of its specs which are, to say the least, pretty intriguing. The source claims that this is the rumored Nokia P flagship, and it is supposed to house a Snapdragon 835 chipset, 6 GB RAM, and a 23 MP camera with Zeiss lens. Previous rumors also indicated that the phone might have Quad HD display resolution.
Make of this what you will, but we doubt that this puppy, if real, will be unveiled at the MWC. HMD mentioned that it will start small, and will be releasing more Android handsets throughout 2017, so the eventual Nokia flagship might come at a later date, but we guess a lot of the future HMD plans will be revealed come MWC time anyway, so stay tuned for the details.