Poor Cyanogen Inc. The company launched with huge dreams and big ambitions, but as of late, the it has been faced with nothing but a heap of financial and business issues. We've heard internal reports that there have been a number of layoffs taking place recently, and earlier this week we heard rumors that Cyanogen Inc. would be picking up its roots in Seattle and possibly moving to its smaller office in Palo Alto.

On December 1st, Cyanogen's newly appointed CEO Lior Tal published a post on the company's official blog that the team in Seattle will be making the move to the office in Palo Alto.

The purpose of the change is to improve the communication and performance of the team which will now operate under one roof. This consolidation effort will allow us to build in greater efficiencies and reduce restrictions in our product development lifecycle. Understandably some are unable to follow their role and relocate.

However, perhaps the most shocking bit of news has to do with one particular person that won't be heading out to Palo Alto. Steve Kondik, one of the original co-founders for Cyanogen Inc., has officially cut his ties with the company. Lior Tal wrote that, "Cyanogen has separated ties with Steve Kondik, allowing him to continue to forge his parth as he sees fit." Kondik recently came out to say that he and other co-founder Kirt McMaster have been having problems working together, so while Kondik's departure from Cyanogen Inc. isn't the most surprising thing considering the company's recent troubles, it's a true shame nonetheless. 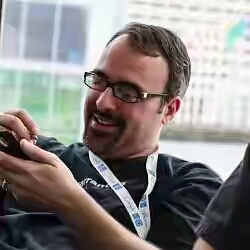