Deal: The LG 360 CAM is currently on sale for 50-percent off 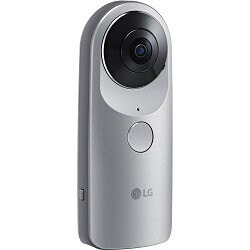 LG hasn't been doing so hot lately. The company's been reporting quarterly losses ever since Q2 of 2015, and as we learned earlier today, a new CEO is being appointed to LG's mobile division to try and get itself out of the rut that it's currently in. The LG G5 was supposed to be the company's biggest and most popular flagship phone of the year, and while it brought some interesting ideas and powerful specs to the table, its modular implementation failed for a couple different reasons - virtually no support from third parties and users being forced to power off the phone when swapping out one of the Friends (LG's name for mods on the phone).

One of the accessories that was introduced alongside the LG G5 was the LG 360 CAM. While not necessarily a mod for the phone, the 360 CAM was marketed as one of the bigger first-party accessories for the G5. The 360 CAM's ability to capture 2560 x 1280 photos with a dual fisheye 206-degree lens and support for 5.1-channel surround sound is all incredibly impressive, but its steep price tag of $199 held the LG 360 CAM back from any potential greatness. 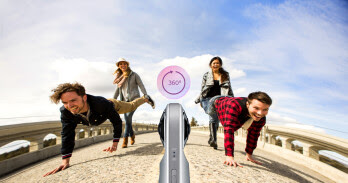 If you're looking for a fun Christmas present or want to try your hand out at 360-degree photography, DailySteals is currently selling the LG 360 CAM at a 50-percent discount. Rather than shelling out the full $199 retail price, you can score the 360 CAM for just $99. It certainly is a fun little accessory to play around with, but with the deal ending in 3 days, you might want to get your order in soon to ensure you don't miss out on the savings