Facebook has brought in another wonderful feature for their users called LIVE AUDIO, after live video has been launched for months ago. This feature is like video live-streaming but with no video which can also be called Facebook Radio.

This feature is similar to Facebook live video, users can go live on Facebook by tapping on the LIVE AUDIO button and immediately, the recording will start and Facebook will push it to your newsfeed which will be shown to people as they browse through Facebook and they will be able to comment, react and share to their friends. Android user can still continue listening to live audio even if they leave the Facebook app or close the app while iOS users can only listen while they are browsing other parts of Facebook. 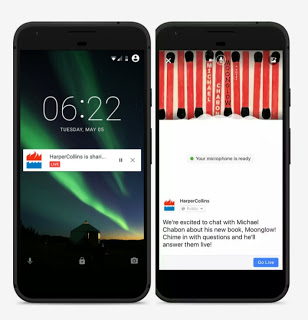 However, this feature was released to help people in areas with low connectivity and poor networks, where videos don't load smoothly which will make Live-audio an alternative way to broadcast.