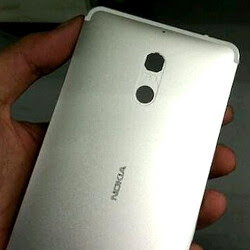 When Microsoft bought the Devices & Services division of Nokia, and then subsequently ran it into the ground, it placed a contract clause that no Nokia-branded phones can be released up to 30 months after the deal. Well, that quarantine period came and went back in September, and the Nokia logo may soon feature prominently on Android phones via a somewhat convoluted release scheme.Back in the spring, Microsoft Mobile sold the rights to use the Nokia brand to a newly formed Finnish consortium, HMD Global, and these guys recently hired the largest independent advertising firm in the UK to (nudge, wink) market upcoming Nokia phones. Just a few days ago, we also learned that HMD Global will have a presence at the MWC 2017 expo for the first time, too.

Well, no more nudging and winks needed, as HMD Global just put out a press release, announcing that it is the beneficiary of a 10-year exclusive brand licensing agreement over Nokia phones, which includes ownership of the current feature phone business, too. Thus, Nokia's handset business is finally back in Finland, and the folks from HMD confirmed "new Nokia smartphones on Android operating system available in H1 2017." These phones may be the two 5.1" and 5.5" handsets rumored for MWC unveiling. The larger D1C could eventually have a 1080p panel, midrange Snapdragon chipseet, 3 GB RAM and a 16 MP camera, while HMD promised more models to come later in the year.
The HMD team are no spring chickens, too, and include former Nokia bosses, as well as an ex-Foxconn International CEO for the production and support part of the equation, while a partnership with Google regarding Android is also mentioned in the presser. Nokia Technologies (what's left of the company that was before Microsoft stepped in) already congratulated HMD for the return-to-market undertaking, and, in the excited words of HMD's CEO Arto Nummela:
Today marks a happy and important day for HMD. Nokia has been one of the most iconic and recognisable phone brands globally for decades. The excitement of re-introducing this much-loved, well-known and trusted brand to smartphone consumers is a responsibility and an ambition that everyone at HMD shares.Driven by the extremely positive reception we have received since HMD was announced earlier this year, we are excited about building the next chapter for Nokia phones. We see this as a brilliant opportunity to solve real life consumer problems and to deliver on the quality and designs that the Nokia brand has been always known for. Our talented and passionate team is uniquely placed in this modern setup to deliver our promise of reliable, beautifully crafted and fun Nokia phones for consumers across the globe.