You can now use spyware to track a stolen smartphone 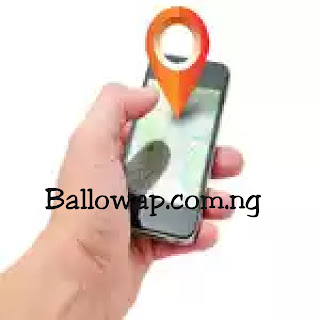 Anthony van der Meer is a film student in the Netherlands, and after his first iPhone was stolen he had an idea. Wondering what kind of person steals a phone, and where these purloined handsets end up, he decided to allow another smartphone to be stolen. But this time, he used a spyware app called Cerberus that allowed him to track his phone and even control it remotely whenever it was connected online. The phone selected for the task was an Android powered HTC One (M7).

Thanks to the spyware, van der Meer was able to listen in to calls and read messages made by the guy who stole his phone. All of this was recorded and turned into a documentary that runs about 21 minutes. And with English sub-titles, you'll know exactly what is going on. By the way, the name of the film is "Find my Phone."

Getting the phone stolen was not an easy task, and Good Samaritans would come to van der Meer to point out that he had left his phone unattended. Four days in Rotterdam went by without a nibble. In Amsterdam, where 17 handsets are reported stolen a day, the phone was not lifted. Dejected and ready to give up, van der Meer and his crew took the train back home. And without the camera rolling, the phone was finally stolen. And that is when the documentary gets interesting.

After four days of quiet, Anthony received a notification that the SIM card had been changed to one using Arabic numbers. With the spyware, he directed the phone to take pictures. The thief was apparently a lazy or stupid one, and didn't even bother to reset the phone or even delete a single app. Eventually, the thief took a picture of himself that was as clear as could be.

Thanks to Cerberus, van der Meer was able to listen in to conversations between the thief and others, both on the phone and person-to-person. Eventually, the victim started feeling sorry for the thief, and even felt guilty spying on him because it was using the credits that the criminal was buying for the phone. Considering his homeless status, this was a luxury the thief could not afford. One night, Anthony even added credits to the phone on the criminal's behalf. And after a day when the phone was offline the whole day, van der Meer called him, pretending to have dialed a wrong number, just to make sure that the phone was still connected.

After a chance encounter that resulted in a close encounter with the thief, the documentary comes to a close, at least for now. Every time the phone is connected to the internet, the spyware still does its thing, which means a sequel could be in order. Overall, this is a fascinating look at what happens to a stolen phone and is the video equivalent of a page turner, a book you cannot put down.

Find my Phone has been seen more than 2.3 million times, and you can add to that total by clicking on the video at the top of this story.