Global VP of HTC Jason Mackenzie has left the company 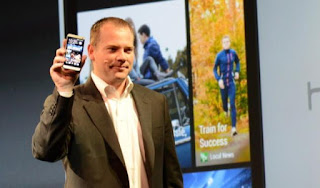 HTC's Global Executive Vice President – Jason Mackenzie – announced his departure from the company on his Twitter account. No explanations are given, but Mackenzie says he's had a "great run" and "feels blessed" for having spent 12 years working for HTC. He's also yet to figure out where he will be going next.

Mackenzie's departure follows that of Claude Zellweger, a senior designer who worked on the HTC Vive virtual reality headset and other famous products.Despite these blows to its hierarchy, HTC will proceed with releasing new products in 2017. A high-end smartphone powered by the Snapdragon 835 processor is rumored, along with a Vive-branded fitness tracker.