Report: AT&T is losing customers faster than the other major U.S. carriers 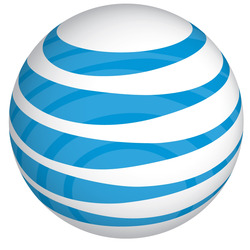 According to a report from U.S. brokerage firm Cowan  and Company, AT&T is losing more postpaid phone customers than its rivals. That is the most important category for carriers because it is the most financially rewarding for them. Cowan asked Sprint, Verizon and T-Mobile subscribers who have been with their current operator for less than two years, the name of the carrier they switched from. In previous years, Cowan analysts were given a mixed response. This year, AT&T was the response most given.

This dovetails with the actual numbers that AT&T has been reporting each quarter. For its 2016 third quarter, the last period that AT&T released information for, the nation's second largest carrier lost 268,000 postpaid phone subscribers. But some would call this selective attrition as most of these customers were rockin' feature phones that don't bring in as much revenue for the operator as smartphones do. Even with these customers leaving AT&T, the latter was able to report a company best EBITDA margin of 50.1% for its wireless business during Q3.The pencil pushers at Wells Fargo see this trend continuing in the soon to be announced fourth quarter report. The bank and securities house estimates that AT&T lost 220,000 postpaid customers during the last three months of the year, while adding 300,000 pre-paid subscribers during the period. Unfortunately for AT&T, pre-paid customers spend less and are less apt to buy expensive handsets with thick, juicy margins. They also are not as loyal to a brand as postpaid subscribers are. For all of 2016, Wells Fargo predicts that 350,000 new postpaid subscribers were added to AT&T's rolls.For now, Cowan analysts expects AT&T to continue to lose more postpaid subscribers as it focuses on integrating its wireless operations with DirecTV. And it still has its $85.4 billion bid to buy Time Warner that it must get past regulatory agencies. But for AT&T, losing some feature phone customers is worth it in the long run if it can add enough content to attract free spending smartphone subscribers.