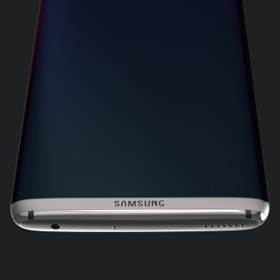 While Samsung is certainly getting ready to launch a next generation flagship smartphone - the Galaxy S8 - we don't know exactly when the new handset will be officially announced. But we do know when it won't be unveiled.
Samsung Mobile chief DJ Koh today told Reuters that the Galaxy S8 would not be announced at Mobile World Congress (MWC) 2017. The show will be held between February 27 and March 2, and it's very likely that the S8 is going to be unveiled at a later date, not before MWC. Unfortunately, DJ Koh did not provide more details about the upcoming smartphone.


If current rumors are accurate, Samsung should announce the Galaxy S8 in late March, or in April, possibly during an event held in New York City. Rumors also have it that the Galaxy S8 series will include a 5-inch regular model, and a 6-inch model dubbed Galaxy S8 Plus. Interestingly, both handsets could sport dual-curve displays, which means Samsung may not have any reason to use "edge" in any of their names.
The slightly curved screens of the Galaxy S8 and S8 Plus might include fingerprint sensors, thus eliminating the need for a physical home button. Other rumored features include stereo speakers, 8 GB of RAM, and a rear camera that doesn't protrude. Of course, there's only one way to find out how much of this is true, and that's waiting for Samsung's official Galaxy S8 announcement.