If you've been using YouTube for a few years now, then its hard not to notice how much it has changed and gradually morphed. Google's efforts all seem to be aimed at one goal - to position the video platform as a viable mainstream content provider, not unlike TV and capitalize on advertisement accordingly. A lot has already been said about the new policies and parts of the community are constantly expressing concern. But, without going into too much detail, we will note that nowadays popular content tends to be longer by design, aimed at ramping-up viewing times and often delivered by big media outlets, rather than small creators.

The added length has allowed for more ad formats and generally longer ad spots. Mobile users appear to be taking the bigger marketing hit, with "unskippable" ads definitely standing out as most annoying. Particularly the 30-second ones. Apparently Google has finally taken notice of the growing user annoyance and says it does plan to get rid of the 30-second mandatory ad format.

As part of that, we’ve decided to stop supporting 30-second unskippable ads as of 2018 and focus instead on formats that work well for both users and advertisers […]

2018 is not exactly what we would call a speedy response time. However, in Google's defense, it is now managing content and selling and distributing ads on such a whopping scale that such a drastic format change will take a lot of time for concerned parties to adjust. Speaking of which, this move, as stretched out as it is, does not sit well with advertisers. 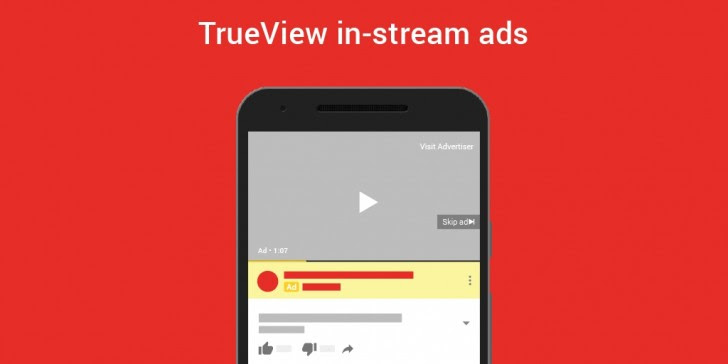 Luckily, it does appear Google is trying to take notes from the past and is aiming to avoid or at least postpone going down the same road as TV. Mind you, this is a risky endeavor as well, considering Facebook's mounting competition in the online video realm. Still, continuing to blindly plaster ads on to artificially prolonged and repetitive content would be a truly sad way of killing off one of the greatest online creative communities ever.
Proper viewer targeting and moderation seem to be the key here. Google's intentions are to focus more on the six-second unskippable format for the future, as well as its TrueView ad system. The latter allows for excellent flexibility on both the advertiser's and user's end. It makes things like opt-in in-stream and suggested ads possible. Both of which can be highly targeted and even made to work as part of the creator's content itself.