Huawei, yesterday released its fall flagship devices; the Mate 20 and the Mate 20 Pro. The devices comes with mouth watering specs and as well improvements over other Huawei release. 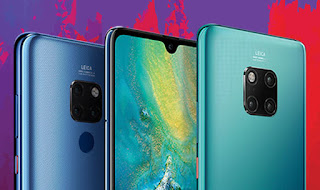 The Mate 20 and Mate 20 pro both comes with a triple lens camera configuration thats like the P20 Pro. The primary RGB lens is 40 megapixels, and theres as well an 8-megapixel telephoto lens.

The Mate 20 devices doesn't have a monochrome lens, but instead, its replaced by a 20 megapixel wide-angle lens. Huawei explained that this was better for group shots, and as well better for macro shots. With this, users will be able to focus on an object from just 2.5cm away.

Both the Mate 20 and Mate 20 Pro will come with Huawei's 980 chipset which means these device will have a 20% speed improvement, a 40% improvement in power efficiency and a 45% GPU improvement.

Other features includes an improved Master Al camera which can now recognize over 1,500 scenarios, 4D predictive focus and others. Both devices supports 1.4Gbps 4G LTE speed for super fast browsing. 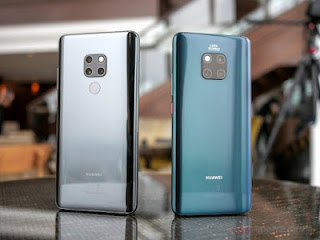 If you look at the Mate 20 and Mate 20 Pro, you will notice some visible difference with the design. The Mate 20 has a fingerprint sensor at the back while the Mate 20 Pro doesn't have a finger print, but instead has an in-display sensor.


Huawei said that it has resolved the charging issues associated Qi charging devices that made charging very slow. Users can get about 15W wireless charging from the Mate 20 pro. The Mate 20 Pro can also serve as charger as it can charge other Qi enabled devices.

The Mate 20 and Mate 20 Pro devices will be available in Emerald Green, Pink Gold, Midnight Blue and Twilight.