Top 200 Most Hacked Passwords Of 2019 And You Should Avoid Them! 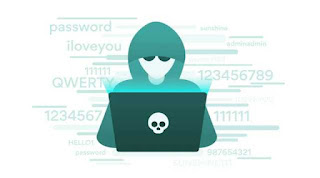 Almost every week, we do hear news of data breaches with most involving cracked or stolen passwords. Despite warnings about poor security habits being preached on the Internet everyday, millions of netizens still fail to pick the right password to protect their data and online credentials.

2019 saw a lot of data breaches that affected billions of netizens. To help Internet users avoid passwords that can be easily cracked, password manager NordPass, in partnership with some independent researchers who requested to stay anonymous, has compiled a list of 200 most common used passwords in 2019.

Mind you, these passwords aren't just common among Internet users alone. They were also leaked in several data breaches this year.

"2019 has seen the most data breaches in history, and those cyber incidents have affected billions of internet users," NordPass said. "Year after year, we see the same passwords at the top of the 'worst passwords' list. Why do people keep on using them?"

"Unfortunately, it also means they use the same one for all their accounts. And if one of them ends up in a breach, all other accounts are automatically compromised too," NordPass said.

The second reason too is simple; people think they have nothing to hide or nothing that serious that requires them to have a brain cracking password.

"However, you lock your door when you leave the house. Even if there's nothing valuable inside, you still wouldn't like strangers going through your personal belongings. So why not apply the same logic to your online life?", NordPass added.

The Solution?
Its advised you visit haveibeenpawned.com regularly to check your if your email(s) were affected in any breach(s).

You can as well use 2FA for an added security to your account. Doesn't matter if its an app, hardware security key, biometric data,etc.

Below are the worst passwords of 2019. The list ranks them according to the times that they've been hacked.