You Can Now Run Android iOS On An iPhone Device! 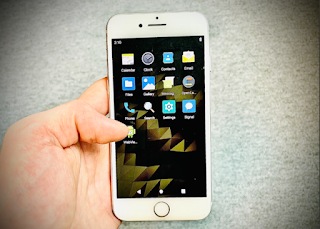 If you've ever wanted to run the Android OS on an iPhone device, well say no more because its now possible. Sort of.

When you look around, you will see that Android runs on many things. From TVs to phones, watches, cars and more. Some people have been able to make it run on gadgets like the Nintendo Switch, Windows phone and other gadgets due to shared hardware and SoC.

However, since Apple's SoC is exclusive to iPhones alone and not to any other manufacturer, developers have always find it difficult to run the Android OS on an iPhone device. But now things seem to change as a third-party effort called Project Sandcastle, headed by David Wang and Chris Wade to make that possible.

The group already has beta builds for the iPhone and 7+, though shouldn't expect a clean experience while using it. There are so many features that aren't functional right now but hope it will be fixed as time goes.

"The big challenge was that the Apple hardware is both undocumented and nonstandard," Wang told Forbes. "Our team knows more about it than most outside Apple, but we still had to put in a considerable amount of work to build drivers for it."

Below is a list of functionality so far supported on iPhones and iPods. 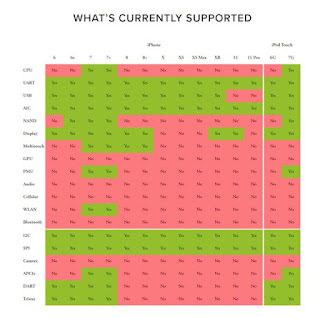 As seen above, the iPhone 7 and the 7+ are the only devices that seem to be working well with the project. Things like the display, CPU, storage, multi touch, WLAN and others works, functionality such as the GPU, camera, Bluetooth, audio and cellular do not work.

Anyone that wants to try the beta can head to over ProjectSandcastle.org, follow the instructions and install as shown.